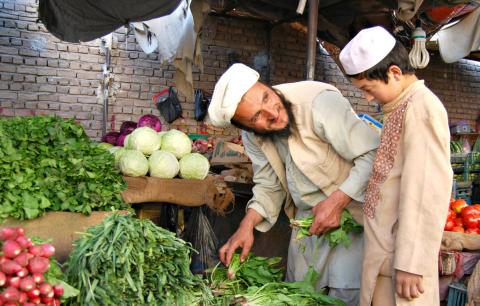 The PCMA Guidance (web version; PRINT version available here, now also available in French, Spanish, Arabic and Bangla) is a practical, step-by-step resource to guide market analysis practitioners and team leaders to conduct market assessments before emergencies happen in contexts that are prone to recurring crises, whether natural or man-made, or where a shock is anticipated. This early analysis helps practitioners and decision makers to anticipate how certain selected ‘critical’ markets will behave if and when a shock occurs. PCMA is not a market analysis tool in itself but helps practitioners to use existing market assessment and analysis tools presented in other tool kits (namely the EMMA, the RAM/MAG, the WFP Trader Survey and the 48-hour tool) A working draft of the guidance document was published in early 2014 and was revised in late 2015-early 2016 based on input from early pilots of the approach. The revised guidance document was released in early 2016.

Where did PCMA come from?

The revised PCMA guidance was produced by the IRC with the generous support of USAID and input from several agencies and more than 15 individuals across sectors and governance levels. The initial PCMA guidance was developed by Oxfam (with ECHO ERC funding) and IRC (with support from USAID) as a result of acknowledged failures in timely responses to crisis. The 2011 crisis in the Horn of Africa has been recorded as the most severe emergency of its kind this century. In the wake of the drought, several key reports emerged that highlighted some significant weaknesses in the international response. Some of the main issues included problems in what and when we analyse. Traditionally, contingency planning and early responses have not been based on clear or predictive livelihood and market analyses. This means that humanitarian agencies don’t understand the basic picture of how market systems operate and how people access basic goods, services and income. As a result, agencies do not know what responses are appropriate or adequate. Moreover, traditional response analysis begins with a situation analysis soon after the shock has occurred. By this time, it is often already too late to conduct a response analysis that enables people to protect their livelihoods.

What is the difference between PCMA and other market assessment tools and approaches? How do I decide which one to use?

As mentioned, emergency market assessment tools and approaches, such as the MIFIRA, RAM/MAG and EMMA, have thus far been designed to be conducted after shocks occur. The PCMA isn’t intended to replace the market assessment tools that already exist, but rather has quite distinct objectives. It is an approach to market analysis in pre-emergency contexts that can be applied to these existing tools. While these other tools could potentially be used for any type of humanitarian emergency, PCMA is particularly suited to contexts where emergencies are reasonably predictable.

EMMA and other post-crisis market assessment tools analyze the impact of a crisis on critical markets by using the post-crisis market system as the reference point, and then using market, trader and household information to model how the market operated before the crisis. PCMA works in the opposite direction, mapping how a market system functions in a “normal” reference time, and then, using data and information from a previous “reference crisis” (where possible), projecting how a market system will function in a similar crisis in the future. The difference in timing has implications for the breadth of the resulting programming options, the resulting outcomes and monitoring.

How can PCMA help to influence my organization's programming?

PCMA can have a range of objectives, including: